You may have heard about lactose or gluten intolerance, but how about sucrose intolerance? Sucrose intolerance has two categories – congenital-isomaltase deficiency (CSID) and sucrose intolerance associated with IBS. Today we will be focussing on the latter but keep an eye out for more information regarding the genetic condition CSID around its awareness week in April.

Let’s begin with a basic chemistry lesson – what is sucrose?

Sucrose is a common table sugar formed from glucose and fructose. In terms of a chemistry equation – glucose + fructose = sucrose. Where do these sugars fit in the ‘FODMAP’ acronym? Glucose and fructose are both monosaccharides – the ‘M’ in FODMAP. Mono means one and saccharide means sugar. When they combine, they form a disaccharide – the ‘D’ in FODMAP. This means sucrose is a disaccharide – a sugar with two (di) saccharides (sugars). 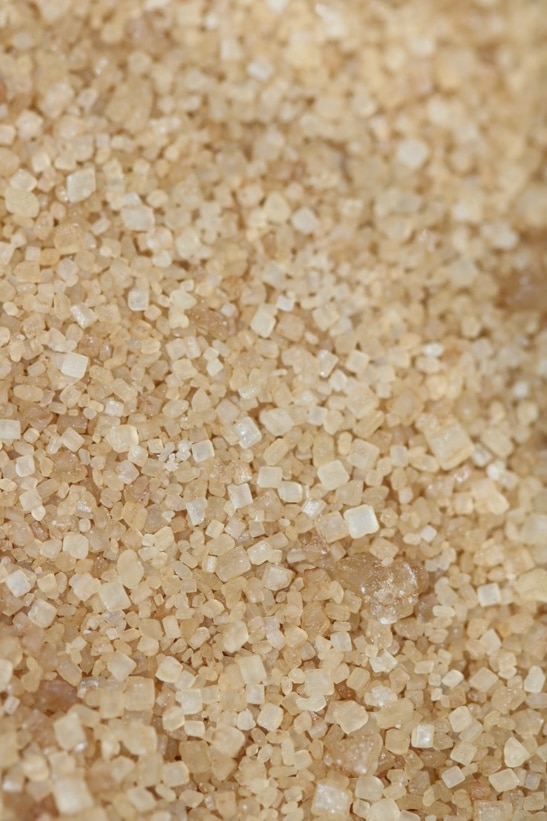 How is sucrose malabsorbed?

Usually, sucrose is broken down in the small intestine by the enzyme known as sucrase. When sucrose malabsorption occurs, the sucrose is not properly broken down by this enzyme and is therefore not absorbed in the small intestine. Instead, the sucrose travels to the large intestine where it is fermented by gut bacteria, producing either hydrogen or methane gas as a by-product of fermentation. This fermentation can result in uncomfortable symptoms such as excessive wind, bloating, cramps and constipation/diarrhoea.

How is sucrose intolerance diagnosed?

Recall that when sucrose is fermented in the large intestine, the gut bacteria produce either hydrogen or methane gas. Think of this as the gut bacteria ‘burping’ after consuming their meal (a tasty molecule of sucrose!). These gases are transported via the bloodstream to the lungs and exhaled in the breath.  This mechanism means that we can diagnose sucrose intolerance through a hydrogen and methane breath test. The breath sample will be analysed for hydrogen or methane content to determine if you are able to properly break down lactose, fructose, or sucrose, or if you have bacterial overgrowth.

What are common foods that contain sucrose?

There are three main sources of sugar in the usual Western diet. These are:
1. Table sugar added to foods while cooking or baking
2. Sucrose added to processed foods such as sweetened drinks, canned fruits, pasta sauces
3. Sucrose that occurs naturally in foods (such as maple syrup, fruits and vegetables).

You’ll notice that many foods that fall within those three categories also contain other FODMAPs. For example, pasta sauce may be high in sucrose due to added sugar and high in fructans (an oligosaccharide – the ‘o’ in FODMAP) due to the addition of onion and garlic.

What are some examples of low sucrose foods within the categories above?

Please note that the below list of foods is not exhaustive nor completely low FODMAP – a food can be low in sucrose but high in another FODMAP.

Vegetables
All vegetables are typically low in sucrose, however legumes such as lentils, green peas and soybeans are higher in sucrose.

Dairy
Milk with no added sugar, unsweetened milk substitutes (such as almond or soymilk), plain yoghurt

Other foods
Remember that sucrose is a sugar – so foods high in protein such as eggs, meat, poultry and fish naturally contain little to no sucrose.

Is eating a low sucrose or sucrose free diet healthy?

There are certainly healthy elements to eating a low sucrose or sucrose free diet. Sucrose is found in many processed foods and baked goods that we consider ‘sometimes’ foods. However, ‘healthy’ is a broad adjective that encompasses far more than just nutrition. Someone may have a nutritious diet low in table sugar but have unhealthy behaviours in other aspects of their lives such as high stress levels, lack of sleep or a largely sedentary lifestyle. It is important to not embark on sucrose restriction unnecessarily and rather consult your GP or FODMAP trained Dietitian to see whether this is suitable for your lifestyle and symptoms.

Sucrose intolerance associated with IBS refers to the unwanted fermentation that occurs in the large intestine as a result of sucrose not being broken down properly in the small intestine, leading to uncomfortable IBS symptoms. It is important to remember that following a low sucrose diet is not the same as a low FODMAP diet, as the term ‘FODMAP’ encompasses many more short-chain sugars than sucrose alone. As with any dietary modification, a FODMAP trained Dietitian is a great person to consult. They will help you establish which exact foods trigger your symptoms and what your individual threshold for sucrose and other FODMAPs are. They can also help you establish whether or not you need to be tested for sucrose intolerance.